Music and Roses
by Alice Coetzee 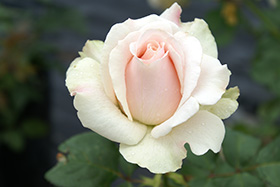 Acclaimed South African violinist Zanta Hofmeyr is the latest South African to be honoured by the naming of a rose after her. She finds that roses and music inspires her, often for the same reason.

"Shape, contour, colour and contrast all fit into the overall composition with music as with a beautiful bloom", she says.

The delicate blush and elegantly shaped blooms of the rose evoke in Zanta the beautiful music of Brahms. Music is usually beautiful when you hear a piece for the first time and the more you listen, the more beautiful it becomes. Like a rose, the music seems to open up more and more.

The soft shades of the 'Zanta Hofmeyr' rose belies its strength of petals that are firm and hold well on the bush, even under windy conditions. "The vulnerability and strength of the rose is a lesson to us as artists. We need to be sensitive but also strong enough so we can flourish", says Zanta.

"Music is a vehicle for emotion and nothing touches people like a beautiful sound.....or looking at a beautiful rose".

"The blooms of "Just Joey" are like a sculpture. The way the petals open and the colours change. There is a sense of elegant movement, an incredible aesthetic of art". 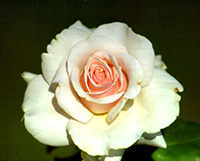 Apart from her performing career Zanta is associate professor of violin at the University of Pretoria. As a third string to her bow she is also involved in outreach programmes teaching children violin in Ga-Rankuwa. 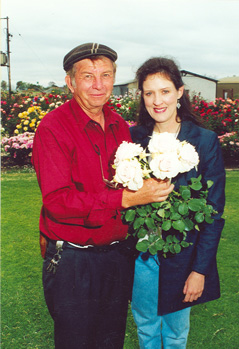 A newly-bred rose has been named after what the breeder calls a most appropriate character.

Violinist Zanta Hofmeyr is described by rose farmer Ludwig Taschner as a soft, gentle and delicate person, just like a rose - which is why her name will be associated with the flower.

Describing the rose to be named after Hofmeyr, Taschner said yesterday that it was a delicate pink-peach colour which budded perfectly and had a 'great' scent.

He said it took eight years to breed and develop the new rose.
'We first have to make sure that the rose can survive and that it looks beautiful, ' said Taschner. Hofmeyr said she was introduced to Taschner by a fan who suggested that a rose should be named after her. Taschner agreed to naming one of his cross breeds after Hofmeyr 'because she is beautiful, gentle and soft.' He said he had already bred the rose but could not think of a suitable name for it until Hofmeyr was introduced to him. Born to music-oriented parents, Hofmeyr developed an interest in the violin at the age of ten.

She said she was honoured to have a rose named after her. 'Nothing like this has been done for me. I feel overwhelmed, ' she said.

To showcase some of her teaching skills, pupils from Tsogo High and the Morekolodi Primary school in Mmakau near Ga-Rankuwa performed in her honour. The children are part of the Dithaga music project, an inisiative formed in 1997 by the Sisters of Mercy to develop children through music. 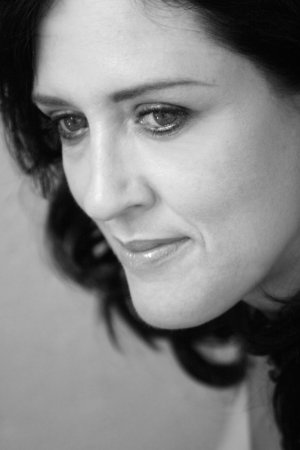